As a former P&Ger, I took interest in Bob McDonald’s appointment to head the Veterans Administration, and I avidly followed his progress. There was an exclusive interview with him in the Cincinnati Courier shortly after his appointment, where he discussed the three key strategies that he’s implementing to turn the VA around. In his words, “the third strategy was to do the right thing for the long term. That’s what we’re trying to do with this initiative called myVA.”

Later in the article, he talks about Lean Six Sigma (LSS) as part of this strategy: “We need to create a culture of continuous improvement,” he said. “Employees felt they were a prisoner of a system they couldn’t control. At Procter & Gamble, you have people on the factory line who change the system. What we’re trying to do with the MyVA initiative is to teach everybody lean six sigma and to get them involved in creating the change we want to do.”

It's unusual to hear LSS described as a means to do the right thing, as a catalyst for moving decision making from “command and control” (top-down) to led by the front line. But it couldn’t be more aligned with the vision of one of the fathers of LSS, W.E. Deming. Dr. Deming said, “The result will in time be greater innovation, applied science, technology expansion of market, greater service, greater material reward for everyone. There will be joy in work, joy in learning. Anyone that enjoys work is a pleasure to work with. Everyone will win; no loser."

There are three key takeaways from the leaders who look at Lean Six Sigma at a higher level than just as a problem solving method and a nifty tool set.

Lean Six Sigma contributes to a company culture that can act as an “efficiency compass.” It uses an unbiased, data-based approach to efficiency and effectiveness that reliably produces the right thing for the business.

For the long term.

At its core, LSS is all about worker empowerment to change the system. After all, who knows the system better than the people who work within it every day? If leadership adopts a continuous improvement system that implements Lean Six Sigma with integrity, then they can trust that the ideas generated are improving the business and engaging the workers. And then there is no loser.

Mr. McDonald took control of the VA at a critical time.  While he recently stepped down, his legacy remains. “I think top line, Bob McDonald stopped the bleeding,” said Paul Rieckhoff, founder of Iraq and Afghanistan Veterans of America. “I think we always knew VA turnaround was going to be long, hard and complicated. It needed to start with stopping the bleeding, creating a baseline of integrity and rebuilding trust. I think Bob McDonald did that.”

Dr. Deming also said “I never said it would be easy, I just said it would work.” In the VA or in your company, the LSS mindset and method does work. 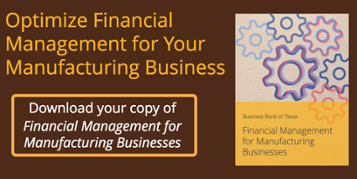